For a few years now I've been enjoying cooking period recipes.  I have decided to start blogging some of my experiences.

I found the cutest potting-jars at a local antique store and was inspired to start potting. There are many different potted recipes,  which in modern terms are the equivalent of spreads or dips. In my 1866 Godey's Lady"s book there was a simple potted cheese recipe. This is a very simple recipe and does not require any preparation. 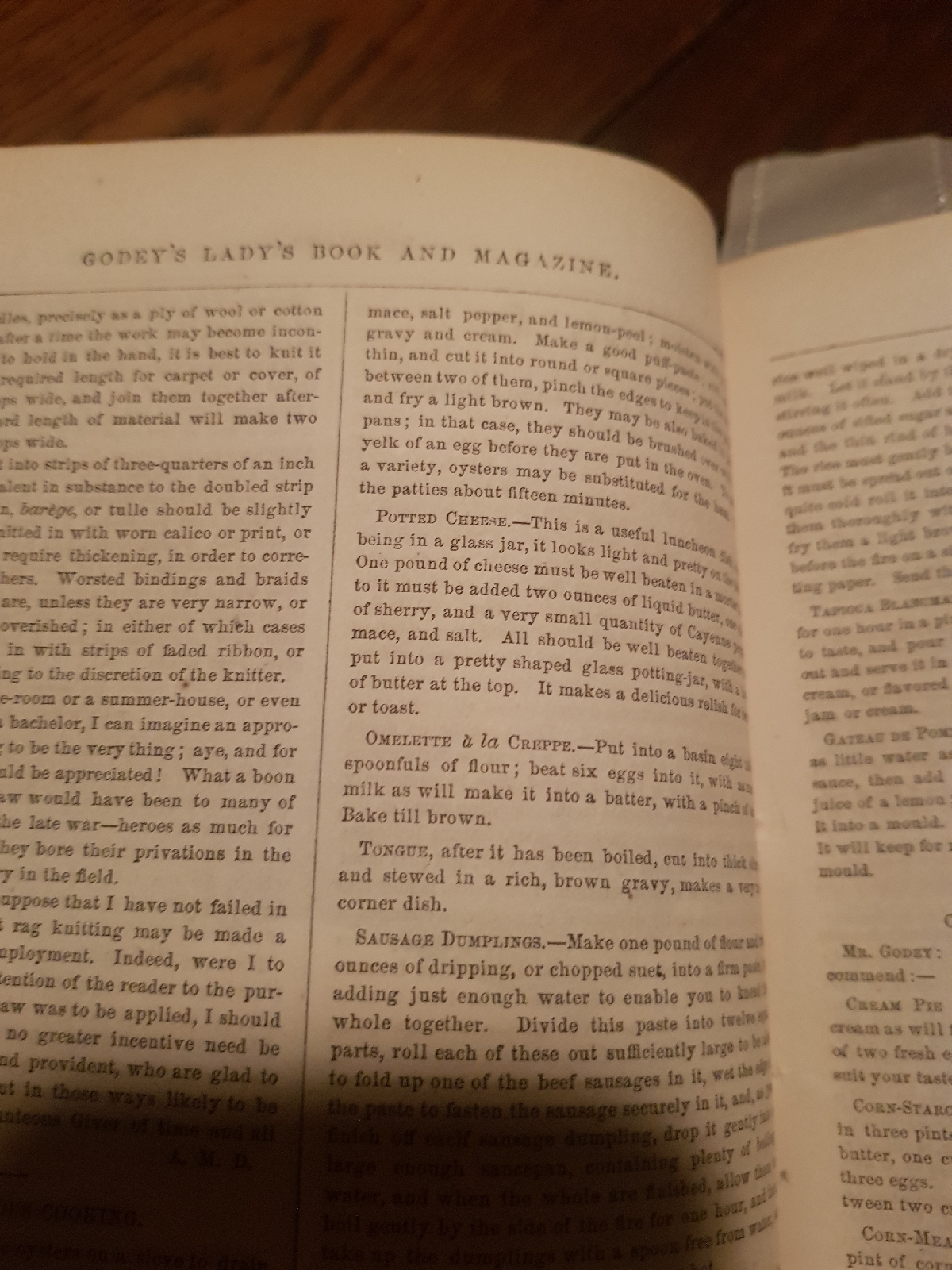 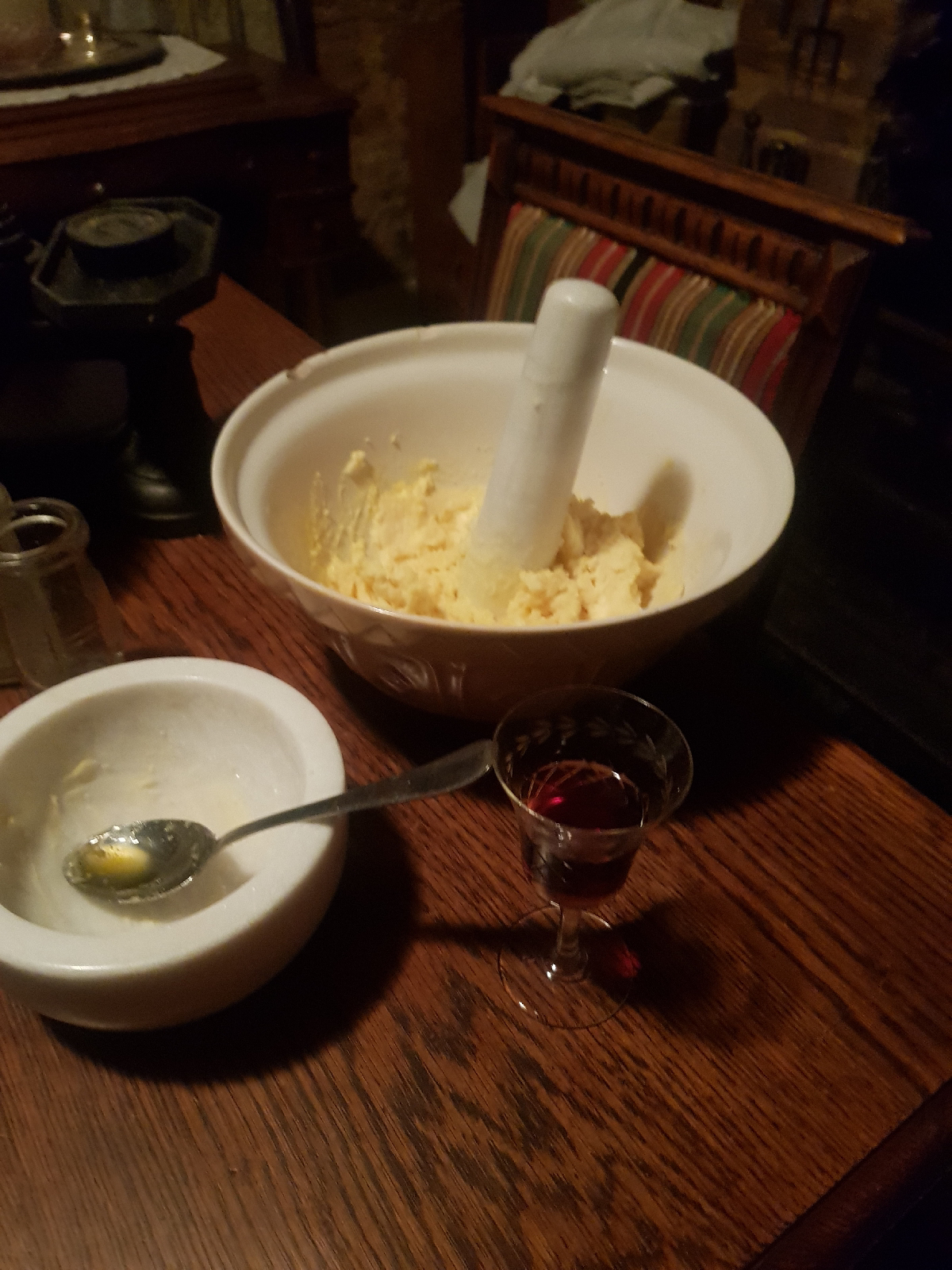 Method:
One pound of cheese must be well beaten in a mortar, to it must be added two ounces of liquid butter,  one cup of sherry,  and a very small quantity of cayenne pepper, mace (nutmeg) and salt.  All should be well beaten together and put in a potting-jar, with a lip of butter at the top. 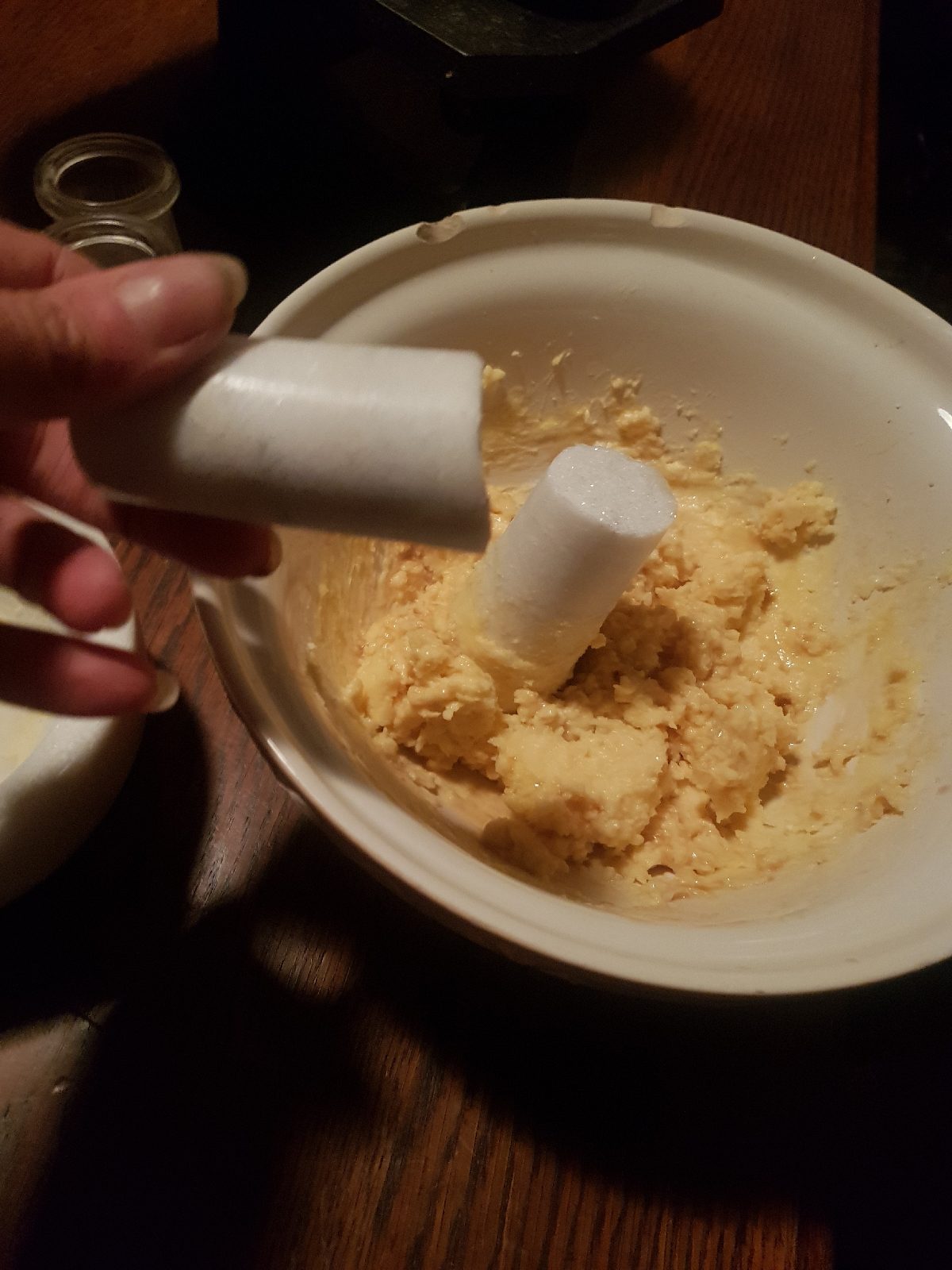 The beating of the cheese was quite hard work and it broke one of my pestles. 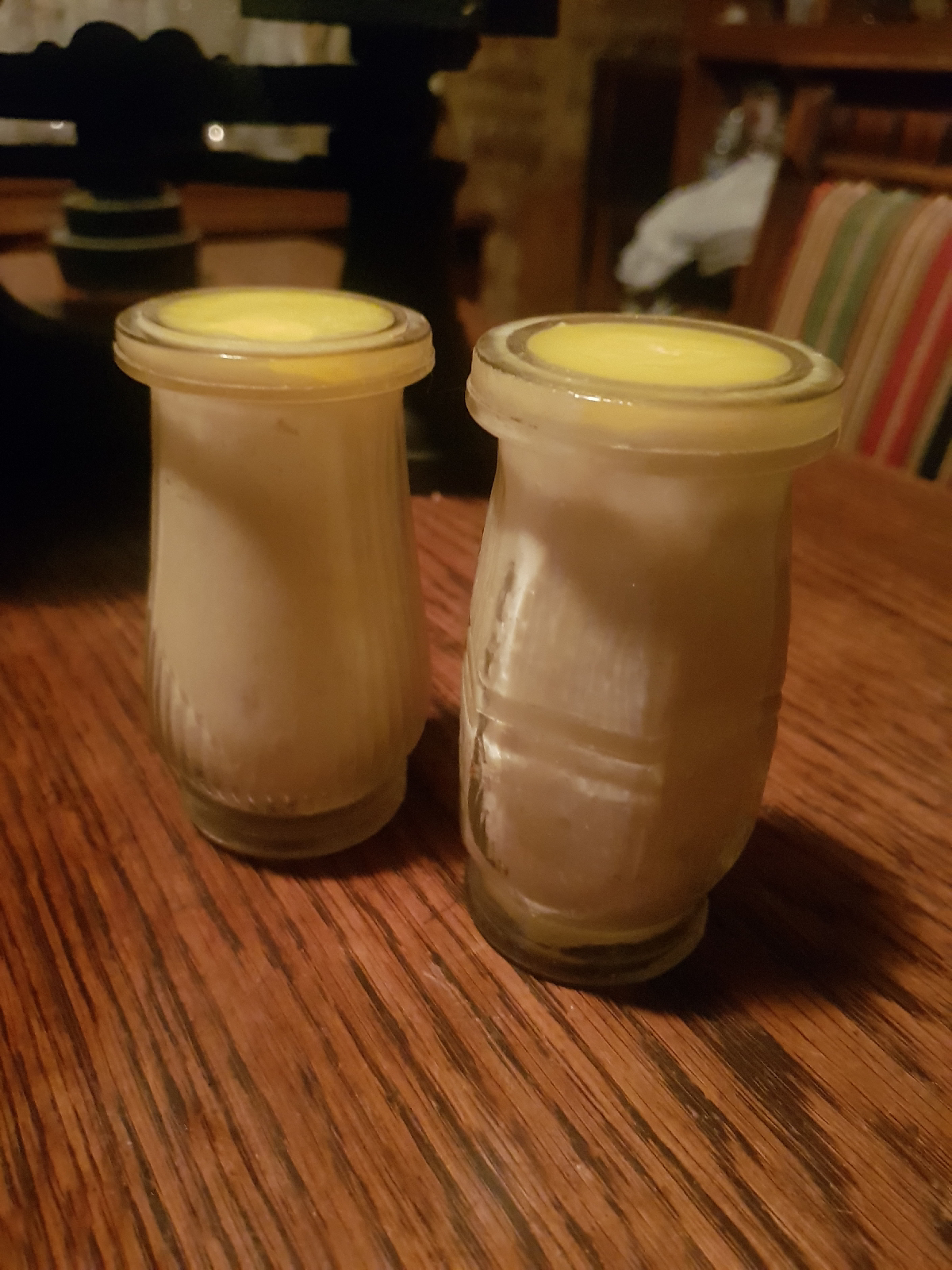 The finished potted cheese. As described it is a very nice looking. It tastes very much like the ingredients of a strong cheese with a sherry aftertaste.  It is very nice in small quantities on toast or fresh bread. You can also seal them with a beeswax cloth and string tied under the lip of the jar.
Posted by Danielle Grguric at 9:14 PM No comments: Links to this post