Making a bonnet pattern can seem daunting, but it's actually fairly simple. There are many ways it can be done. For this guide I used sticky tape, scissors and A3 cartridge paper.

My daughter needed a Regency bonnet. I found this simple design on google. I will link to the original source when I have a little more time. 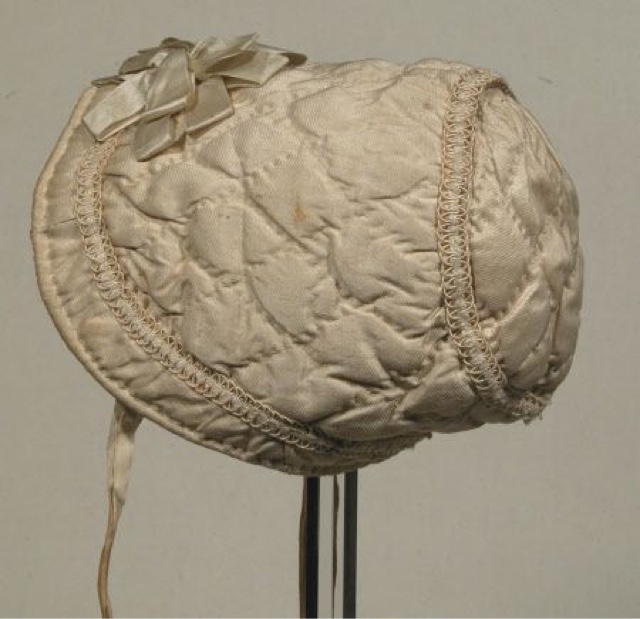 I started by making a tube the same measurement as my daughter's head. Then twisted it to make it slightly conical and sticky tapes it into place. 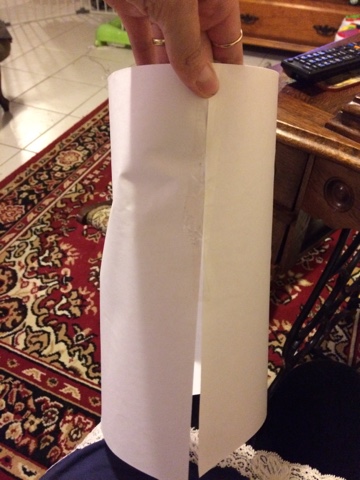 Next I cut into the paper to create an opening the size of the back of my daughter's neck. Paper can also be added to make it rounder and remove the "V" from twisting the paper. To make the shape stable enough to start forming the brim I made the crown pattern. There are two types of crowns.

1. Flat with a sharp edge
2. Circular and rounded.

This bonnet has the second type. They are both formed similarly. Trace around the inside of the back of the cone shape onto another piece of paper. For the flat you cut out the shape traced and sticky tape it on as is. 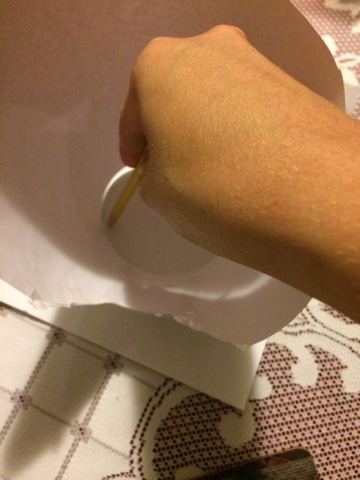 For this one though I added an inch evenly around and them slightly pleated the paper. 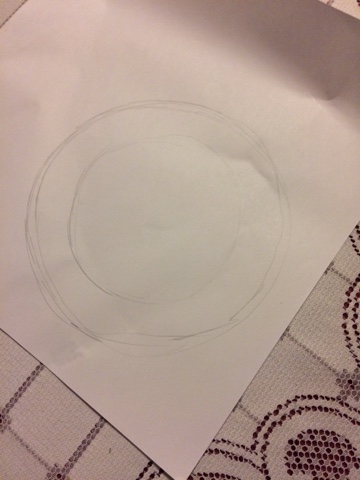 This can then be attached to the cone on the inside or outside. I chose the inside as I still needed to shape the back of the bonnet. 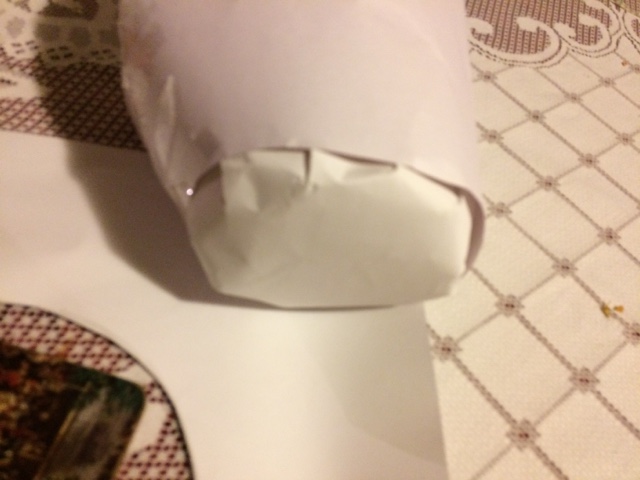 Depending on the type of bonnet the depth at the crown can be deeper or shallower. 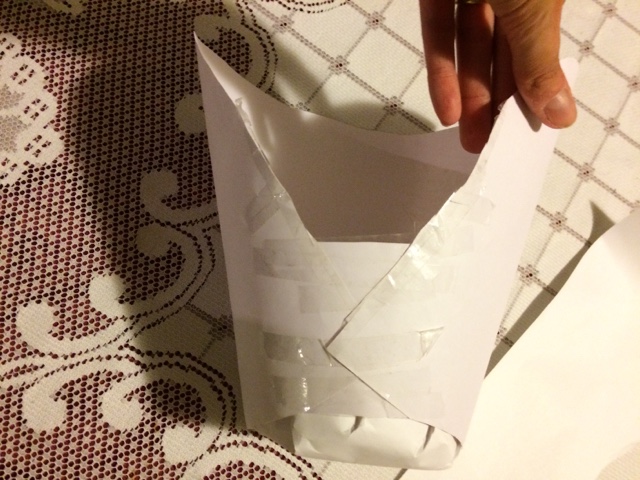 As my daughter is only 10 months old she will not sit still, so I used a foam head to shape for the most part. Then double checked alterations on her head. This was my beginning basic form. 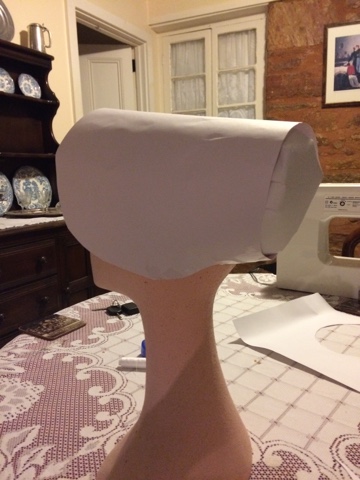 For this bonnet I needed to reshape it around the crown, so I cut the paper in thin slivers until I was happy with the shape. 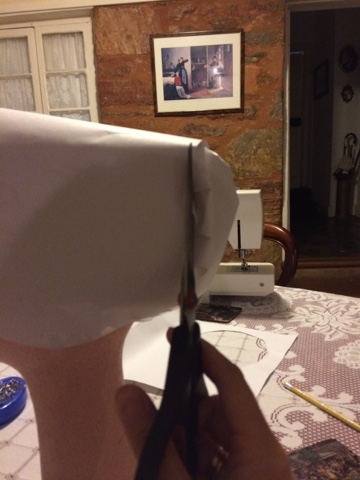 I also slowly shaped the brim/front until the paper matched the image. I only work on one side. This means if I make a mistake I can start again on the other side with starting from scratch. 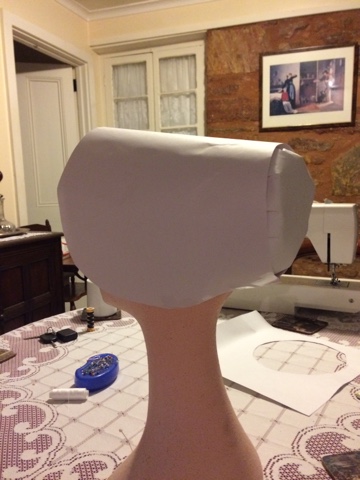 As I managed to get my pattern correct on the first side I removed the crown and flattened it. I could then cut the other side to match. If you had a problem with one side you can cut the pattern in half and then cut your fabric on a fold. 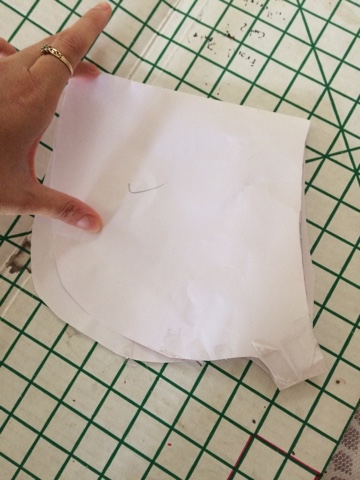 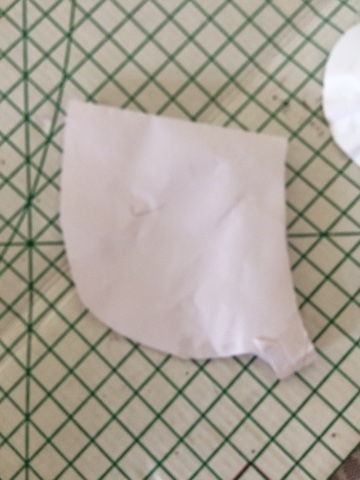 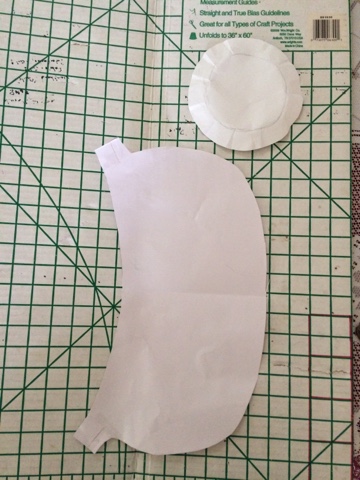 I will add further construction notes in future posts as I complete this bonnet.

Posted by Danielle Grguric at 8:21 PM